Home
Network
Ready to take the game by storm after a brief hiatus, music artist Trel Mack is back. For those that might remember Trel Mack, was an artist that built a solid following back in 07-08 being featured all over major outlets in the industry. With the release of fan favorite projects such as “The Mack of The Year” and “The New Dynasty”, Trel Mack’s support in the industry was highly cosigned by industry professionals and music fans.
Trel’s past music/projects was featured in top publications such as HIPHOPDX, YORAPS, ALLHIPHOP, DJBooth, & and even played on Philadelphia’s commercial radio station Power 99. Falling back from music, after some personal life situations, Trel Mack knows his talent is destined to be heard and to be the next music superstar.  “I’m so hungry now to get back into the game after this break, my music has evolved on such a higher level”.
Trel Mack has co-founded his own label SKE records as well with popular journalist/publicist Quinton Hatfield, Q The Question. The two formed their partnership back in 2006 and with the great feedback gained from the past music, things this time around are ready to move. “Me and Q, have some big things coming and we have a very huge movement in store. Brand new videos, chart-topping music and a movement with SKE records, what were going to bring will be unstoppable.” 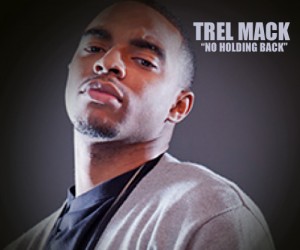 As far as the music, Trel Mack has been working on a new project which excites many fans and industry pros who are fired up to see him back. Great feedback has been shown from the music business with records such as “Dreams of a Winner” ft. Shaun Chrisjohn, also “I’m Still Here” ft. R&B singer Kenji Morris. “Those records show my real life story which in order to be a top stellar artist your music has to connect to the fans. Trel continues, that is the huge difference with the new music coming compared to the past ones.”
With a new project coming soon, untitled as of now, Trel Mack and SKE RECORDS are next to make a run in the music business, with hit records as Trel Mack says “Inspired by Greatness”.