Annually celebrated on December 13, it is National Violin Day.  This holiday honors a bowed string instrument, which is also known as the fiddle, the violin.

The violin, played by a violinist, is played by drawing a bow across one or more strings, by plucking the strings or by a variety of other techniques. Violinists play the violin in a wide variety of musical genres including: Baroque music, classical, jazz, folk music, rock and roll and soft rock.

Although having ancient origins, the violin got most of its modern characteristics in Italy during the 16th century with further modifications in the 18th and 19th centuries.

The person who makes or repairs violins is called a luthier.

It is believed that Turkic and Mongolian horseman from Inner Asia were the world’s earliest fiddlers.  Their two-stringed upright fiddles were strung with horsehair strings.  They played them with horsehair bows and often featured a carved horse’s head at the end of the neck.  The violins that we play today, (also the violas and cellos) and whose bows are still strung with horsehair, are a legacy of the nomads.

It is supposed that the oldest documented four string violin, like the modern violins, was constructed by Andrea Amati in 1555. 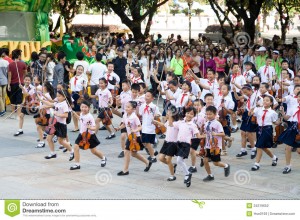 The record dollar amount paid for a Stradivari violin, when the “Lady Blunt” was sold on an online auction on June 20, 2011 was $15.9 million.

Violins made by Stradivari are one of the most sought after instruments by both collectors and musicians alike.

Within our research, we were unable to find the origin or creator of National Violin Day, an “unofficial” national holiday.