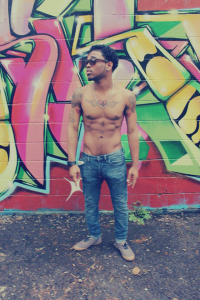 They say you never forget your first love and when Appeal first fell in love, he fell hard.

DeAndre “Appeal” Brown is an American recording artist who was born in Savannah, Georgia in 1993, at the age of ten he moved to Raleigh,NC where he then had a teacher named Ms. Mansi who truly believed DeAndre had star power, with this motivation he continued persuing the art of music (advanced chorus) with Ms. Bender who inspired him to go the extra mile with his craft. There was a school talent show and Appeal decided to audition, “After my first talent show I realized that music was a craft that I wanted to persue, my inspiration came from daily life and situations I’ve been through.” After his second talent show the feedback he received was the driving force that directed him to Living Arts College where he perfected his craft and also obtained his Bachelor of Arts in Audio Production and Design in 2014. During his time at Living Arts College when class was not in session Appeal spent all his time in the studio writing his music and getting his thoughts together. “I felt like my music was appealing to both male and female audiences, ” Appeal explains, ” They could relate to my music in some way shape or form, that’s how I came up with the name, “Appeal.” Some of Appeal’s musical influences include, Drake, DJ Screw and Aaliyah. “I am able to relate to the stories told by Drake and Aaliyah through their music. With DJ Screw I found the chopped and screwed style interesting and creative,” Appeal says.

After several studio sessions and trial and error Appeal was able to compose his single, “Notice It” which is now on iTunes. “I recorded several songs but when I recorded this one it struck a cord in me and I knew this was epic. A past relationship was the inspiration for this track, so many times people don’t notice you until you are making moves.” This track has a chill and infectious feel to it and it’s relatable to any audience. Appeal is currently working on his freshman project yet to be titled.