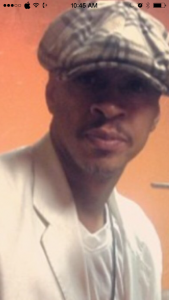 LINK, born Lincoln C. Browder, has always been blessed with the gift of song.  A gifted drummer, keyboardist, singer, songwriter, and producer, LINK developed his God given talents while singing and performing in church.  While performing throughout his elementary, middle, and high school years, LINK emulated such R & B and Gospel greats as Donnie Hathaway, Stevie Wonder, Peabo Bryson, Michael Jackson, The Commissioned, and Aretha Franklin.  After college, LINK formed a group, Protégé, with whom he sang and developed the songwriting skills.  Eddie Ferrell (DJ Eddie F) of Heavy D and the Boys signed Protégé to his production company of music, the UNTOUCHABLES. After recording an album of original songs with Protégé, LINK’s songwriting talents became the focus of the labels attention, and the group disbanded.  After parting with the group, LINK decided to focus his attention on songwriting.

Four-Time ASCAP award winner, LINK has grown from a local singing sensation to one of the industries most sought after R&B songwriters of his time.  Writing hits like “My Body” for LSG, “If You” for SILK, “Crazy” for K-Ci and Jo-Jo, and “Thinkin’ ‘Bout It” for Gerald LeVert not only won him four ASCAP awards, but it also catapulted his songwriting career. Instantly, LINK was on numerous publishing houses’ and A&R directors’ radars.  Over the years, LINK has accumulated a long list of hit records.  Some of his most notable hits are: “Meeting in My Bedroom” (SILK), “Tonight” (SILK), “Let’s Make Love” (SILK), “When We Kiss” (Next), “We Belong Together” (Tony Thompson), “Home is Where You Belong” (Bobby Valentino), and “I Don’t Wanna See” (Keke Wyatt).

Check out music from LINK