Groundhog Day is celebrated in the U.S. each year on February 2and. On this day in mid-winter, the groundhog awakens from a long winter’s nap, and goes outside of his den to see if he sees his shadow. This tradition is big, on an otherwise cold and dreary mid-winter’s day. 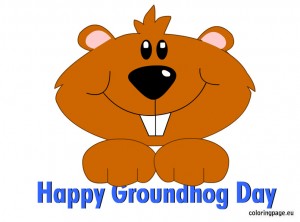 The Groundhog’s Day tradition traveled long ways. It comes from German roots. German immigrants brought the tradition with them from Germany. As they settled in hills of Pennsylvania, they began the tradition of using the Groundhog to predict the the arrival of Spring. The tradition is based upon Candlemas, the day that is the midpoint between Winter and Spring. A famous Candlemas poems goes:

If Candlemas be fair and bright,

Winter has another flight.
If Candlemas brings clouds and rain,
Winter will not come again.

Punxsutawney, Pennsylvania is the site of the annual Ground Hog event. Our little rodent friend (yes, Groundhogs are classified as rodents) is called Punxsutawney Phil. He has been making this annual winter prediction since 1887. There are a few other “predictors” around the country, but they all pale in comparison to Phil’s ability to predict the remainder of winter.

For the Record Phil sees his shadow about 9 out of 10 times.